It's with great pleasure and excitement that I reveal the artwork for the cover of my next album "Omaggio a Bruno Nicolai ed alle sue la musica per il cinema GIALLO" ! The album will have a gatefold cover and was made from rare vintage posters, thanks to giallo collector Mike Jordan. The editing of the album was made by Davidfromlille, a steady collaborator.

Now, if you like what you are seeing, I guarantee you you will love what you will be hearing! This album has been made with all the passion and love il Maestro Nicolai deserved, a composer who is outrageously overlooked. The man is no less than one of the greatest orchestrators and conductors the film industry ever had, and as a composer, he gave us some very great soundtracks that are unfortunately difficult to find or even never properly released.

Recently Digitmovies released some of his soundtracks on CD allowing us to access to a part of his body of works. However, for vinyl collectors, most of his scores are still unavailable on this medium, which is a shame.
The mission of Orgasmo Sonore has always been to highlight the work of forgotten composers and cult soundtracks. This tribute would like to bring attention over this particular composer. It's indeed the first time (after 2 albums Revisiting Obscure Film Music Volume 1 and 2) that Orgasmo Sonore interprets the music of only one specific composer. And this album will be available on vinyl only! 25 minutes EP at 45 RPM.

The challenge was high. The music of Bruno Nicolai is jazzy with full of contemporary classical music influences and with a very large instrumentation. The rythm section relied upon some of the best italian studio musicians. The arrangements were various using different tempos and atmospheres for the same song. The sound aesthetic is totally vintage and you often feel all the band has been recorded with only one mic in the middle of the room, yet everything sound clear and groovy.

The work took about 6 months to record and to mix. 6 songs were carefully selected from the soundtracks he made for a genre of italian movies called giallo, all scored between 1971 and 1975. These movies often cast a mysterious murderer with black gloves and sensual women doomed to be his victims. One of the key figures of these movies is the beautiful and iconic cult actress Edwige Fenech, with her irresistible dark looking eyes and habit to undress in all kind of situations. Giallo, Edwige, Bruno... This is the perfect combo celebrating the art of Italian Cinema of the 70s.

It's with great attention to details and by working to understand the keys of Nicolai's music that this project has been approached. A great deal of works has been to find the proper sounds. For example the bass I used for the recording was a vintage 73 Fender Precision (merci Fred Charest) to help achieve the typical bass sound of the time. As I could not afford to bring a real harpsichord in my studio, It took me long time to finally find a superbly sampled italian harpsichord with full range of velocities. It's was like playing the real thing!

Bruno Nicolai music has been introduced to me by Cineploit founder Alex Wank, at a time where only Ennio Morricone existed in my world and every other italian film composers were sub-Ennio emulations. I was obviously in the darkness and thanks to Alex who one day told me "Bruno is not only in the shadow of Ennio, but he may as well surpass the master in some part of his works." When we know that Ennio was busy writing one score after the others in his home, he had to rely upon Bruno in the studio for the recording and so it would not be a wrong idea to say that Bruno Nicolai has more to do with the italian soundtrack "sound" that we may believe.

Maestro Bruno Nicolai, thank you for your inspiration in this project. My ambition is no less than presenting the best Bruno Nicolai tribute people will ever heard. Let them now decide if I achieve my goal.

FANS OF BRUNO NICOLAI, HELP ME TO MAKE THIS A SUCCESS AND SHARE THE NEWS ABOUT THIS RELEASE. As an independent release, we obviously need the help of the true italian soundtracks fans to spread the news ! 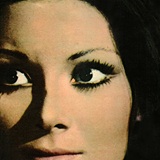